Reviewer: cacahootie - favoritefavoritefavoritefavoritefavorite - December 12, 2009
Subject: What a fun halloween...
I think it really speaks to the talent embodied in Umphree's that they can throw a really great show fit for a Halloween and hit it out of the park. The show sounds great, and I really liked "The Triple Wide/Robot Rock". Quite different and awesome.

Reviewer: moe.dog - favoritefavoritefavoritefavoritefavorite - December 10, 2008
Subject: hahahaha
i can't say it's the best umph's show i have ever heard, but it's top 10 percentile. sound works just fine. what i really like about the show is the energy. they def had me cracking up a couple times. the ac/dc & ozzy mash-up was real funny man...

If you want a recording that doesn't have the ambience & crowd - go to umphrey's live download site and purchase the SBD recording.
There is nothing that can be done to stop the crowd from talking.

I'm glad you enjoy the recording, and i'm sorry the crowd distracts from it. Maybe next time tell your friends to shut up and listen to the music ;)

Check out videos of some of their performance on YouTube:

The recording is great, thanks for providing it! One nitpick though: there is a constant chatter of people in the background, which is a bit distracting. It'd be great if it can be avoided in the next recordings.

Reviewer: LedZep127 - favoritefavoritefavoritefavoritefavorite - November 7, 2008
Subject: fire show!
made the trip from CT to San Fran for this beast of a show! it was my 20th show and i was visiting friends who just moved out to Berkeley. this show is fire! the mash ups are sick! the energy is amazing! still gotta buy the UMLive of this cause its that sick, but this recording is a must have...great sound...A+ job on the recording...i didn't even think i saw a taper! props on the stealthness

The recording is spot on and sounds like you were set-up in a great location in the Warfield. Five star fury for you my friend! 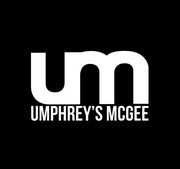 Uploaded by IanStone on November 4, 2008